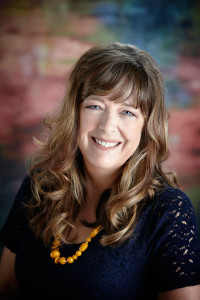 After first encountering Christ as a teenager, Robin attended a Christian college and quickly pursued serving in the ministry. After marrying, Robin and her husband Dave served churches through the Midwest in youth and adult ministry roles.

Through their ministry service, Robin has always tried to find an outlet for her passion for writing. Her own personal battles with love addiction and codependency has given her unique insight into women’s trials and needs.

This priceless experience has forged into Robin’s heart the compassion she shares with women today.  After leaving the formal ministry in 1990, Dave and Robin remained an instrumental part of their church, helping plant and lead churches.

In October 2002, Robin launched her own business, Robin Weidner Copywriting, further cultivating her writing skills and giving her the flexibility many wives and mothers crave.

As new corporate clients sought Robin’s expertise, she also felt the pull of a twenty-year call to write a book about overcoming insecurity. As a self-proclaimed “insecure soul,” Robin knew she needed to write the book for her own healing.

The publishing of Secure in Heart—Overcoming Insecurity in a Woman’s Life ushered Robin into a new world of outreach to women. Robin has spoken worldwide at Secure in Heart women’s events and has been featured on radio and television.

Secure in Heart is now published in 4 languages and has been read by women around the world.  Robin also has two sets of articles on the Focus on the Family website.

In 2008, Dave and Robin launched Purity Restored, a ministry devoted to sexual purity. In this capacity, they have done marriage events across the US and abroad, including doing events in Uganda, Kenya, Croatia and Hungary.

They help host an annual conference devoted to sexual purity called Pure and Simple.  In 2010, after twenty years out of the full-time ministry, they accepted a position leading a church in Boise, Idaho, where they currently live.

In April 2013, Robin’s much-anticipated second book was released, Eve’s Song.  She is currently at work on the second part of the three-part series, Sarai’s Song.

Dave and Robin will celebrate 33 years of marriage in 2013.  They have 3 adult children, and a “recovery” black lab, Mojo. Robin enjoys hiking the Boise foothills with her husband and dog, riding her bike and photography.

“Robin is wise, she is brilliant, she is incredibly funny, timeless, ageless in her ability to relate and one of the most prolific, profound writers of this century. If you spend time with her or you read her books, you thirst for the God she intimately knows. You think to yourself… ‘If I could just have a little piece of that.’ It drives you to race to the Bible. She is a living example of how your life can scream faith in God.”

Get the latest news and updates by following us online.